Four players from each team are allowed on the court at a time.

Classification points of the four players on the court must total no more than 8.0 points at one time (plus 0.5 additional points for each female player). Wheelchair rugby is played on a regulation-sized basketball court with some minor modifications (see diagram). During the games, team players pass a ball back and forth while advancing into the opponents’ half-court. A goal is scored when a player in possession of the ball manoeuvres any two wheels of her or his wheelchair across the goal line.

While the offense is trying to advance the ball, the defence is trying to take it away and keep the opposing team from scoring. Only three defensive players are allowed in the key. If a fourth enters, a penalty can be assessed or a goal awarded. Another restriction is that an offensive player can only stay in the key area for 10 seconds; otherwise, a penalty will be assessed. The offense or defence is allowed to make wheelchair contact with any opposing player at any time after the referee has signalled the play to begin.

A player is penalized if the wheelchair contact is considered to be unsafe, usually resulting from a charge, (taking too many pushes before making contact) or a spin (making contact in the back part of the wheels). The game is separated into four quarters; each quarter is eight minutes in length with the play stopping and starting at the referee’s whistle. Each team is allowed four 30-second timeouts that may be taken at any time during the game, as long as that team is in possession of the ball, and two 60-second timeouts called on a deadball. 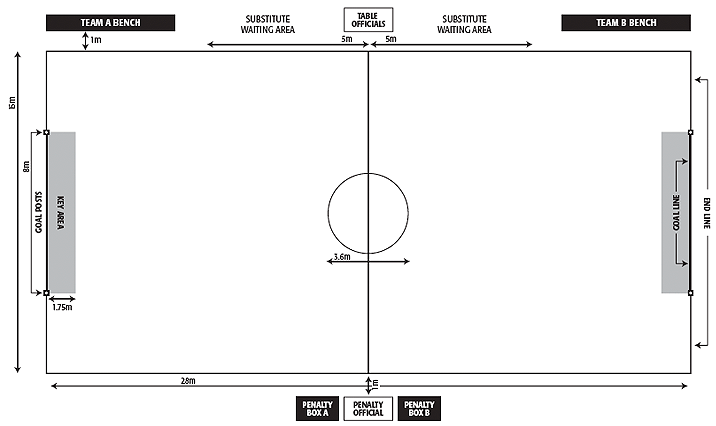